In April 2014, I visited Disneyland Paris in a Power wheelchair. Disneyland Paris is totally accessible for all types of wheelchairs and there are a number of disabled toilets. You can get a special FastPass ticket which will allow you to often take a different entry path to a number of the rides so you can avoid any stairs. You can also get your carer in for free and there is a special bus that goes from the car park to the main hotels, which is equipped with a special lift so it can take motorised wheelchairs. However, there is very little information about any of this and you have to figure it all out by yourself, because the staff don’t know!

I spent a long time researching on the Internet and I found very little information. It was just by chance that I discovered the bus because initially my friend and I had planned to walk back to the hotel.

There was a lot more information about the FastPass which we used to get special access to all of the rides and generally this meant that we also bypassed the long queues!

The adapted bus we discovered totally by accident. It was just waiting in the car park and we were lucky that it was going to our hotel.

I stayed at Hipark Serris hipark.fr which was quite reasonably priced and we had an apartment so we had a Large living room and bedroom and there was a separate toilet room and shower room. In the toilet there was a Drop rail by toilet(side entry possible). The room was more like a flat or apartment as it had a separate bedroom, toilet, separate shower room and a kitchen/living area with a sofa bed. It would be very good for families.

It was a modern hotel with dropped curbs in the area around and level access on the ground floor with lifts.

The hotel is very modern and so is the immediate area with a small shopping centre that is totally level access. There are a number of restaurants there and there are dropped curbs everywhere.

I travelled there on the Eurostar and I got off at this special Disneyland Paris station. My friend and I travelled in first-class because wheelchair users can travel there for the cheapest price available. I have to say, the facilities in the waiting room on the UK site are far superior than those on the French side. We got free drinks, pastries and magazines! It was a great start to our adventure.

All of the restaurants that I visited, including Planet Hollywood, which is just outside the park, are accessible and have disabled toilets.

My friend and I had a great time and I would not hesitate to use the Eurostar again, it is excellent to be able to travel in first-class and the staff did not treat us any differently to the other first-class customers even though we had paid considerably less for our tickets!

I recently read on the Love Moxie blog about a place in France that I really want to visit called Colmar and I would be more than happy to take the Eurostar to get there! 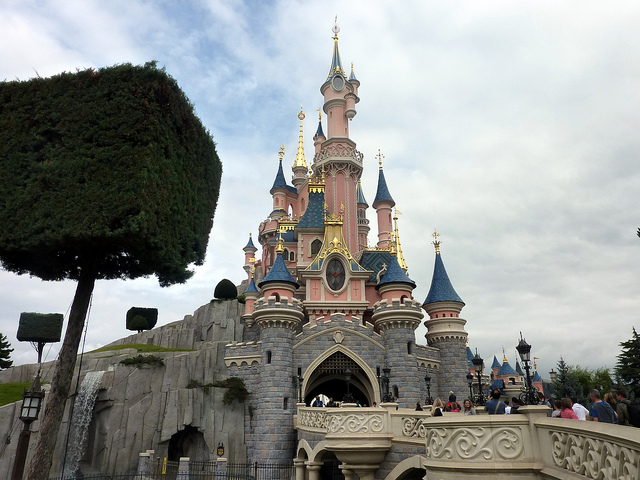 I've been in a wheelchair since November 2012 as a result of MS. I'm also partially sighted, cannot really use my left hand (and am left-handed so no writing or typing for me), my voice has massively deteriorated so speaking is a real challenge and I can't do more than a couple of sentences at a time... But despite all of this, I'm a massively determined individual, I refuse to give up and I need to find the best new ways of doing things. So I have a lot of questions to ask...! View all posts by Susie

Have Wheelchair Will Travel

Accessible travel | Travelling with a wheelchair

Around Israel in a wheelchair by car, train, bus, or whatever works

Sharing the world from a wheelchair user's perspective

Living and travelling in a wheelchair makes you ask a lot of questions...