a recent weekend was lovely and sunny so my husband and I took a trip to Woodbury reserve.

After a yucky, stuffy trip on the bus followed by a short walk/roll which was nice because it wasn’t the usual bumpy pavement that you encounter in London but along brand new pavement newly laid because of the rebuilding in the area.

the reserve consisted of a small Wetland area. from the main entrance you followed a wooden path down to the edge of the Wetlands Lake. 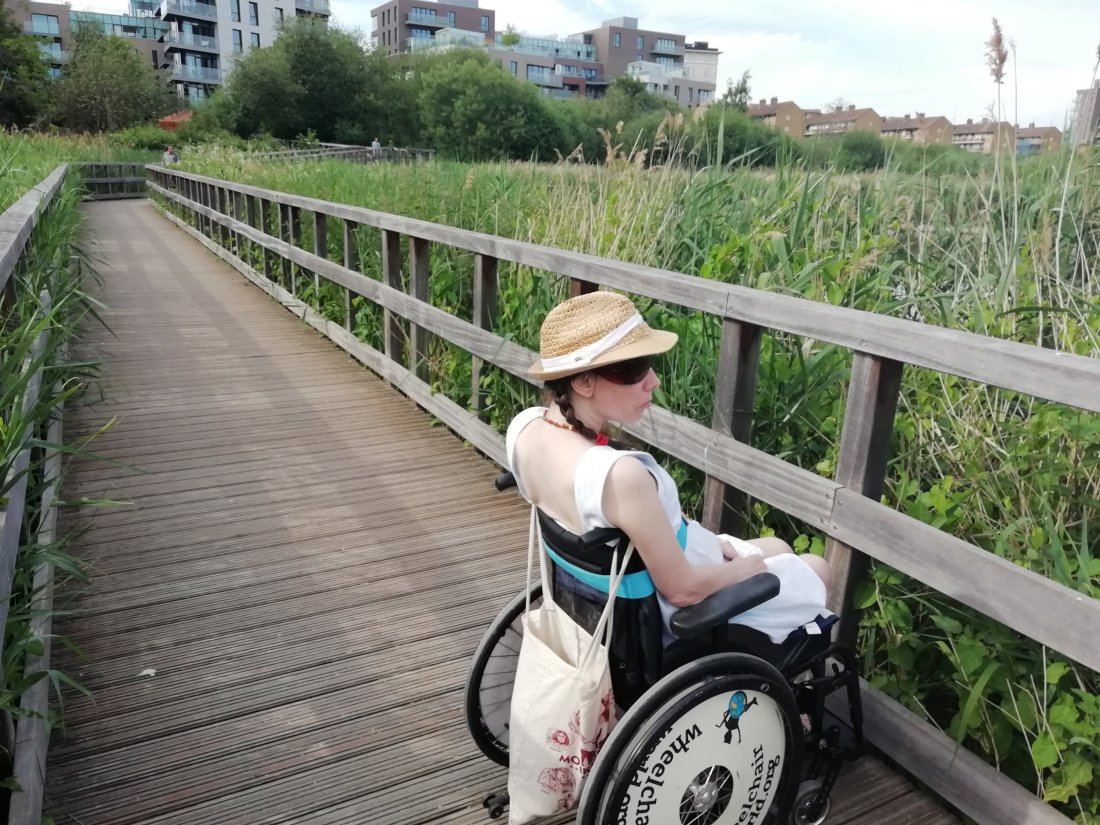 reeds and other tall grasses grew alongside the pathway but unfortunately. they were generally. too high for you to look over to see the Lake at this point …although not to despair they cleared away later and you could get good views.

an accessible pathway went around the majority of the Wetlands area which offered various nice view points.

I am visually impaired which means that I couldn’t really appreciate much of the birdlife. but what I really liked was the serenity. and the lovely sounds of the wildlife. even though you were in London and you could still see high buildings you felt that it was peaceful. unfortunately it wasn’t possible to do a complete circuit of the wetlands as we were expecting, the track came to a rather abrupt end and you had to double back on yourself.

a short way along the path there was a restaurant which was completely accessible indoors and had a nice Terrace area outside overlooking the wetlands. 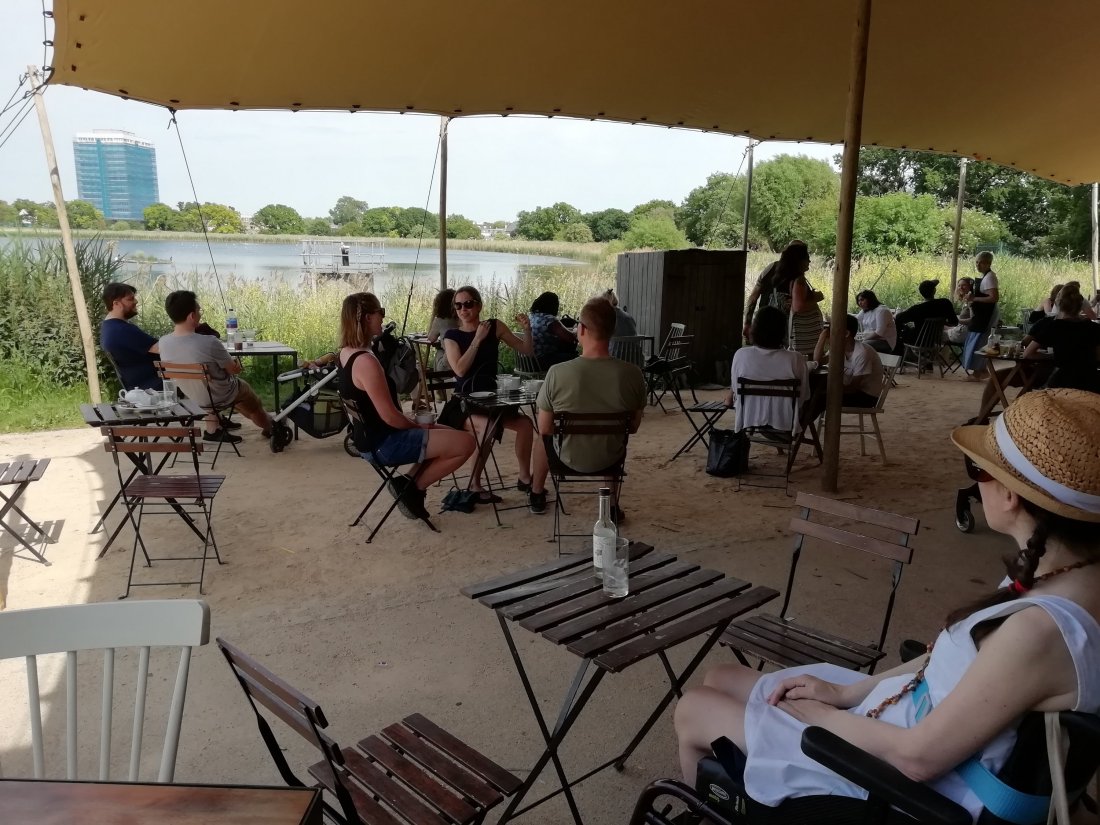 It had an accessible restroom though it wasn’t particularly large. 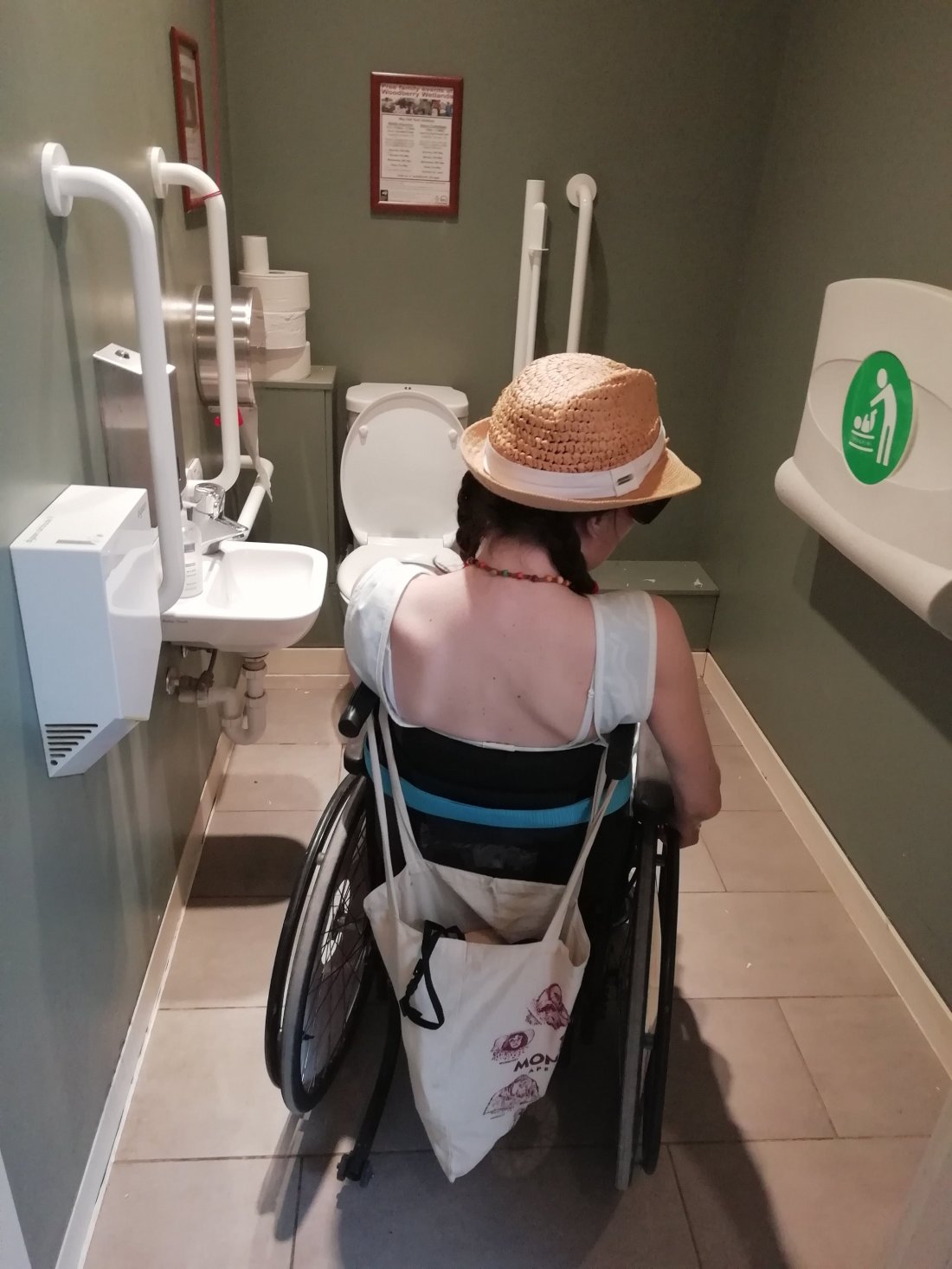 it was a good day out and a very accessible place to visit.

I've been in a wheelchair since November 2012 as a result of MS. I'm also partially sighted, cannot really use my left hand (and am left-handed so no writing or typing for me), my voice has massively deteriorated so speaking is a real challenge and I can't do more than a couple of sentences at a time... But despite all of this, I'm a massively determined individual, I refuse to give up and I need to find the best new ways of doing things. So I have a lot of questions to ask...! View all posts by Susie

Have Wheelchair Will Travel

Accessible travel | Travelling with a wheelchair

Around Israel in a wheelchair by car, train, bus, or whatever works

Sharing the world from a wheelchair user's perspective

Living and travelling in a wheelchair makes you ask a lot of questions...